Author, Kevin Major, presents a preview of the movie based on his book Hold Fast – partly filmed in Gros Morne.

Major has adapted four of his books for the stage: Hold Fast, Far From Shore, No Man’s Land, and As Near to Heaven by Sea. Hold Fast, winner of the Governor General’s Literary Award for children’s literature, has now been made into a movie which was released October, 2013.

Kevin Major was born and raised in Stephenville, and later moved to St. John’s. He writes for both young people and adults, including fiction, literary non-fiction, poetry, and plays. His early novels are known for exploring issues of adolescence and the family. They were usually set on the Island of Newfoundland. He is the author of fifteen books, many of them award-winning. His work has been translated into several languages. 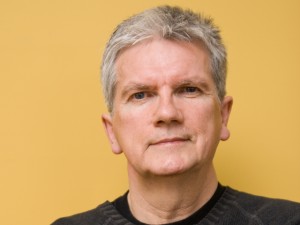 The 2014 Trails, Tales and Tunes festival looks to be a great one. Get the full schedule here. And look for more previews of the festival on creativegrosmorne.com over the coming weeks.