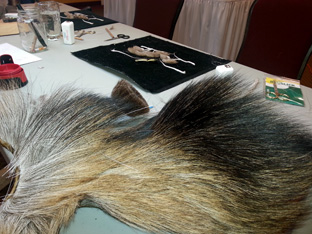 For seven years, artisans have been able to showcase their beautiful hand-crafted pieces at the Gros Morne Craft Fair. This year was the first year that it also became a festival, including workshops for painting classes, quilting, kite making, moose hair tufting, basket weaving and fly tying, as well as a fiddle workshop. The weekend also includes dining and nightly entertainment showcasing the traditions of the province in an exciting new way. 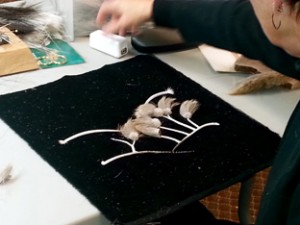 One of the events that I found extremely interesting was Moose Hair Tufting. This is an art form that came from the Native Indian women embroidering their husband’s coats. Duncan Chisolm was teaching the workshop and has been practising the art of Moose Tufting for 28 years. He originally learned from former Indian Chief in the North West Territories and is one of the only people in Newfoundland who practices this dying art. I was amazed to find out about the process behind the art. The moose hair can only come from a cow (female) and the best hair comes from the shoulders and rump area. The hair is picked by hand and only the white hair can be used. The hair is then threaded through tanned hide or velvet canvas. An extremely time consuming process, but the end result is striking. The Queen of England even has a piece of Duncan’s art. Being one of the only people practising this craft can keep a person in high demand and Duncan has donated over a million dollars in artwork over the years.

Another interesting workshop I got to experience was basket weaving, lead by Helga Guillard who has studied under some of the world’s best basket weavers. Being surrounded by the artwork in her Mother’s home, she was inspired by the art of basket weaving at a young age. The pride and passion the people of Gros Morne show of where they originate from and the dedication for keeping traditions alive is simply amazing. 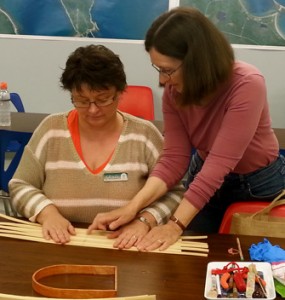 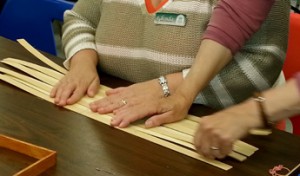 Even the dining at this festival is an artistic experience. Saturday night, Shallow Bay Hotel hosted Justin Thyme Bean and Bistro. Chef Justin George creates unique dishes that he plates like a work of art and also uses local ingredients whenever possible.

Each evening offered a different type of entertainment including music by Peter Jacobs, Musical Soiree with Daniel Payne and Friends, a gospel concert and a Kitchen party hosted by Stephanie Payne and Rob Thorne. Traditionally in Newfoundland, when someone would host a party it would end up being in the kitchen as that is where the stove, and therefore the heat, was. Anyone who could play an instrument or sing was invited to do so at any time during the kitchen party. The festival’s kitchen party brings the same intimate feeling of celebrating with your friends in one of their homes and continues to invite anyone musically inclined to showcase their talent.

Gros Morne Fall Fest & Craft Fair is an excellent weekend celebrating traditional art forms from the past while supporting the future of the area.