HomeSetting the stage on culture 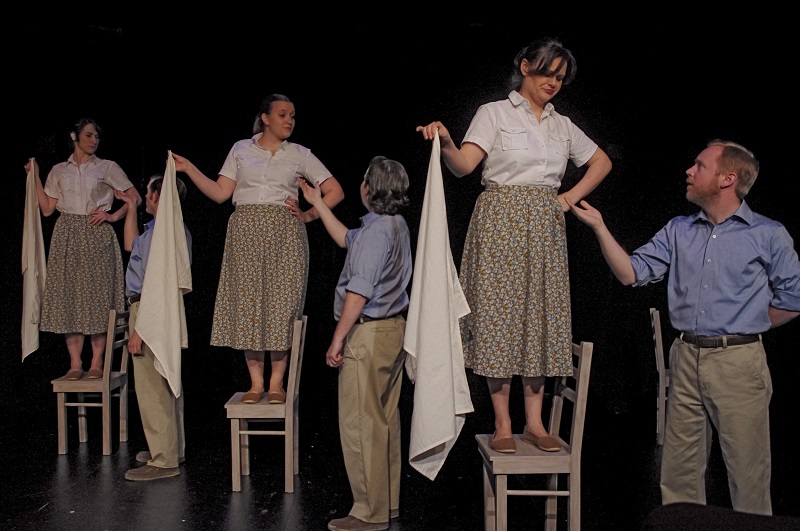 The theatre doors open and the crowd of people waiting in the small lobby are allowed to take their seats. There is a sense of anticipation as audience members whisper to one another. The only things on stage are six wooden chairs stacked to resemble a solitary tree. Perhaps each chair represents a different branch of Al Pittman’s work that, when stacked together, create one solid play, With Cruel Times in Between.

Pittman is an award winning writer and a native Newfoundlander whose unwavering love for his home shines through every piece of work he wrote. Gros Morne Theatre Festival showcases this love as they take selections from Pittman’s songs, poems, plays and children’s rhymes and mold them together to create a depiction of the unwavering spirit of the people. When the lights go down, the whispers of the audience subside as they wait for the love of Newfoundland to wash over them.

Gros Morne Theatre Festival runs from May 31 through to September 14, presenting six plays that run seven days a week. There are more than 160 performances and numerous artists commemorating Newfoundland’s heritage and culture.

From cabaret style to dinner theatre and crowd sing-a-longs to dramatic theatre, Gros Morne Theatre Festival has a style to suit any audience. They also offer a shuttle service to Cow Head, so getting there is simple. There are pick-up locations in both Rocky Harbour and Norris Point at: Green Point Camp Grounds, Barry Hill Camp Grounds, KOA Camp Grounds, the Ocean View Hotel, Neddies Harbour Inn and Sugar Hill Inn. If time allows, they will make stops by request as well. Bookings are accepted up until 2:00pm the day of the performance. By booking the shuttle, it gives you the freedom to sit back and relax in style in a Lincoln Navigator. The shuttle also eliminates the worry of watching for moose on the road and provides the option to enjoy a pre-theatre drink. The drive takes a beautiful coastal route, which is almost a performance in itself. The friendly, professional driver is quick to share why he is proud to call Newfoundland home and answer any questions. 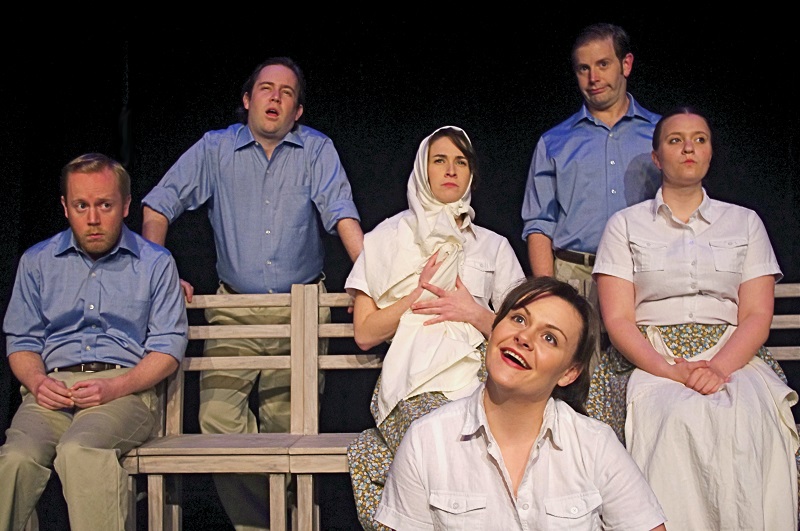 With Cruel Times in Between uses a very simplistic stage set. Six wooden chairs constitute the entire set and all of the props. Six young actors, three male and three female, are all present on the stage for the entire performance. The female cast members wear simplistic matron dresses and the men are clothed in dark trousers with white shirts. There are no costume changes. When the actors sing, they do it acapella; there is no instrumental accompaniment. The words are the star of the show. The purity of the set forces you to listening to each word being spoken and absorb its meaning.

“You need great actors to make a great show, but the director and stage manager… it is obvious the roles they take to make (this show) a success,” said audience member Mary Carlson of Kingston, Ontario.

There is no distraction by flashy backgrounds, movable and wheeling props or tantalizing music. Six wooden chairs and six actors command your attention for an hour and a half. Mary’s husband, Peter Carlson, was also impressed.

“Very, very, very clever staging, what they did with only six chairs was incredible,” said Peter.

The raw simplistic beauty of the set up honours the theme of holding on to culture and heritage in a rapidly changing world of technology and globalization. The young, talented cast transitions beautifully from song, story, poem and rhyme as they open a window into Newfoundland heritage. The sense of community, love and loyalty for Newfoundland was experienced by the audience members to the point where goose bumps were visible.

“I loved it, it gave me chills,” one audience member said.

With only six chairs and an extremely talented cast and crew, Gros Morne Theatre Festival did an amazing job of showcasing Al Pittman’s deep rooted love and pride for Newfoundland.